How can I report a bug?

Believe us, we really want to fix the bugs! However, for this to be possible, we need you to send us as much information as possible. The more detailed your bug report is, the more likely we are to understand the issue, reproduce it, and ultimately fix it. To report a bug, please follow the steps below:

(First of all, make sure you are using the updated version of Hornet. Many issues can be resolved by simply updating the app)

First, you must join Hornet’s beta testers to report a bug in our app, either in the beta or production version. To become a tester, visit the official Beta Tester Program page and hit Join, at the top.

Once you become a beta tester, the easiest way to open the bug report form is by going to your profile and tapping your Tester badge > bug report form. You can also access the form from here. Correctly fill in all fields on the form with your information: name, email, platform (Android, iOS, or Web), report type, app version, and subject.

If we can understand the problem right away, so much the better. For this, include the following information in the Description field:

At the end of this page, you will find a good example of how to describe a bug.

4. Attach a screenshot or screen recording to your report.

Imagine you’ve noticed that searching by hashtags in Hornet Stories doesn’t work. In that case, submit a screenshot of that page, highlighting the feature that doesn’t work, if possible (see Image 1).

Image 1. The red highlight for #comingout indicates that this hashtag isn’t working as expected.

If you’re sending us a video, it’s important that we see all the steps you take to reproduce the bug.

Translation issues. If you notice that some parts of the app have not yet been translated, you can also report this. It is not a bug and has a lower priority, but it will be considered as one. Screenshots are always appreciated (see Image 2). 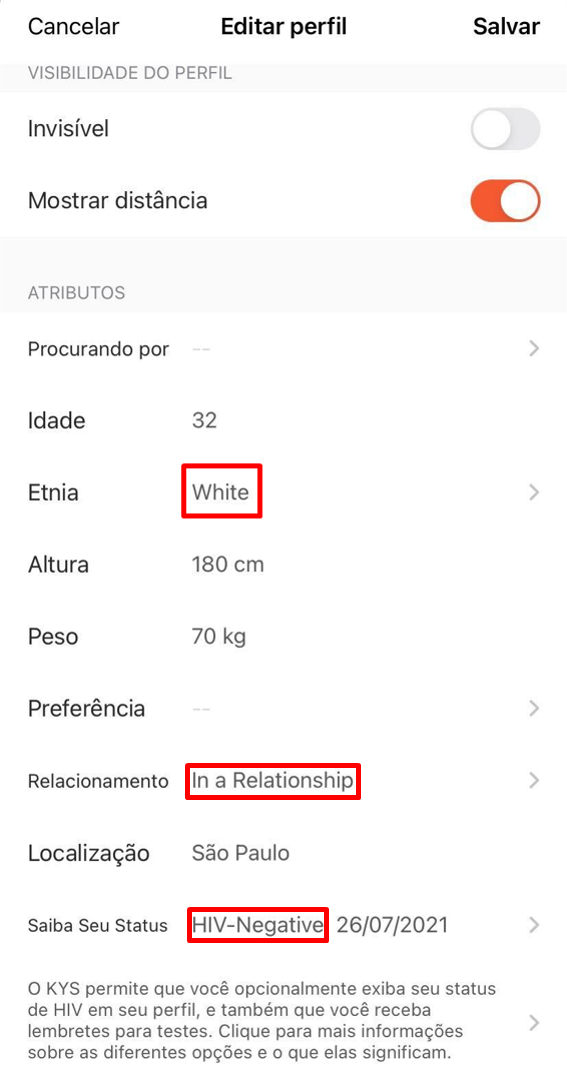 Image 2. Note that the words “White”, “HIV-Negative” and “In a Relationship” were not translated into Portuguese, as were the other fields in the Edit Profile section.

Design issues. A design issue is not a bug either, but something we are constantly working on to improve. Take a screenshot and attach it to your report (see Image 3). 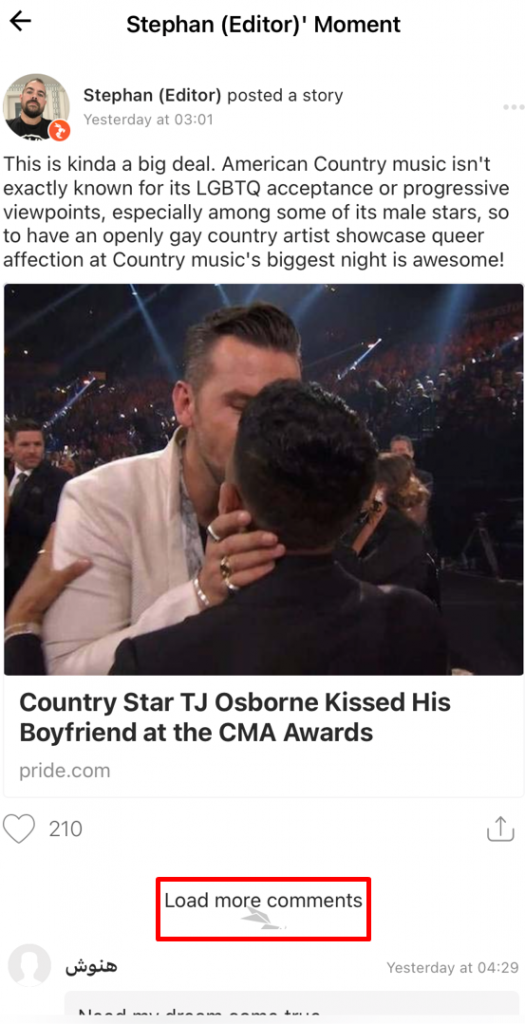 Image 3. The Hornet symbol appears cropped and displaced, overlaying the Load more comments button on a feed post, and this is classified as a design issue.

Example of a bug report

Take the example below as a basis for successfully writing your bug report.

Subject: The heart counter in a live stream behaves incorrectly.

Description: When I sent a heart during a stream, the heart counter started counting from zero, even though the streamer had received other hearts before.

Steps to reproduce this bug:

1. Open the Hornet app on your Android device

2. Access Hornet Live, at the top of the feed, or via the + button in the navigation bar

3. Join a live stream (one where at least one heart has already been sent)

4. Tap to send a heart in the lower right corner

Expected result: The heart counter should continue to add to the existing number.

Actual result: When you press the heart icon, the heart counter starts counting from zero.

Now that you’re all set, good luck hunting bugs, and see you on Hornet!

Back to all topics